Search all houses and real estate listings for sale in Saanich. Saanich is the main and closest suburb to Victoria. It sits just north of both Victoria and Oak Bay. Home to the University of Victoria, Saanich is filled with a mix of students, young professionals and families. The pace of life in Saanich is unhurried and family oriented.

Mt. Doug sits on the north part of the district and the parkland makes the area feel less urban than other parts of the city. It also has communities of beautiful oceanfront property. It's a wonderful place to live. Register for a free account to receive email alerts whenever new Saanich listings come on the market.

As Greater Victoria’s largest district, yet with a relatively low population density, Saanich has a range of living opportunities for homebuyers. Each of its 12 sub-districts has unique lifestyle comforts to offer.

Overflowing with beautiful landscapes, 30 kilometres of ocean shoreline, and eight square kilometres of lakes, Saanich is nowhere short on places to go to be happy and active.

Real Estate in Saanich, BC

Cordova Bay - Nestled between Elk Lake and its beautiful bay overlooking Haro Strait and the San Juan Islands, Cordova Bay has some of the most prime views and nature near Victoria. Easy access to the Lochside Trail also provides an active, scenic and carbon-neutral way to get into the downtown core. Single family dwellings are most prominent in Cordova Bay, with a sprinkling of townhomes and a condo development on Sayward Hill. The 18-hole Cordova Bay Golf Course and its sibling the nine-hole Ridge Course also make a convenient destination for golfers. There are also many luxury homes for sale in Saanich, BC located in Cordova Bay.

Royal Oak - Royal Oak is located in the heart of Saanich and nearby to the magnificent Elk / Beaver Lake Regional Park. It is sprinkled with parks, cafés and restaurants, and Broadmead Village Shopping Centre is a great place to grab the essentials. The Patricia Bay Highway runs directly through Royal Oak and right into downtown Victoria. Royal Oak is known for its high-class recreation centre, Saanich Commonwealth Place, which is a great place to keep fit or to blow off some steam with the kids.

Rural Saanich - The largest with the least dense population, rural Saanich is a neighbourhood of country estates, hobby farms, and single or dual family dwellings on sizable lots.

Carey - The Carey sub-district sits just below Rural Saanich and is centred around Interurban Road, which eventually connects Victoria with Brentwood Bay. The landscape is awash with rivers and creeks, like Gabo, Colquitz and Swan Creeks, all of which are surrounded by green spaces to enjoy.

North Quadra - North Quadra is a small neighbourhood separated from southern Quadra by McKenzie Avenue. The paved stretch of the Lochside Trail runs conveniently by its southeastern corner, giving a quick and enjoyable ride into town, or simply a place to jog for some exercise. Having Swan Lake Nature Sanctuary in walking distance is also a bonus.

Blenkinsop - Blenkinsop is a quiet neighbourhood with some of the best access to nature corridors, like Mount Douglas Park. Single-family homes make up the majority of the residences with the rest being mostly duplexes.

Gordon Head - Gordon Head is a leafy suburban neighbourhood home to 28 parks, including Saanich’s largest park: the majestic 184-hectare Mount Douglas Park, known in W̱SÁNEĆ as PKOLS. A number of shopping centres, like Torquay Village, Tuscany Village, and University Heights Shopping Centre are close at hand to satisfy daily needs. Having the University nearby provides educational opportunities for adults, young and old, and makes it easy to fill rental suites. If you looking for family houses for sale in Saanich, bc this is a fantastic neighborhood.

Cadboro Bay - Located southeast of Gordon Head, Cadboro Bay is a small and elegant neighbourhood located on a picturesque peninsula with sandy beaches and glorious sunrises. Cadboro Bay has a variety of neighbourhoods including the upscale estates on the waterfront of Ten Mile Point and Arbutus neighbourhoods, as well as those nearby Cadboro Village, which provided the sub-district a number of amenities. This area has some of the most beautiful waterfront real estate in Saanich, BC

Tillicum - Tillicum boasts the beautiful waterfront of the Gorge Waterway, as well as forested areas, including Cuthbert Holmes and Saanich Gorge Parks. A historic neighbourhood with heritage homes, as well as more modern developments, Tillicum is a good balance of everything. The Tillicum Centre, a shopping hub popular among surrounding areas, offers a convenient one-stop shop for residents as well.

Saanich Core - As one of Saanich’s closest neighbourhoods to downtown Victoria, the Saanich Core is a convenient urban neighbourhood. Shopping can be done at the nearby Uptown, Tillicum and Mayfair Shopping Centres, and wilderness can be found right around the corner at the Swan Lake Christmas Hill Nature Sanctuary. Jumping onto the Lochside, residents have a scenic route through Victoria West right into downtown, and don’t forget, the popular Bin 4 Burger Lounge restaurant has half-price gourmet burgers after 9pm.

Quadra - Home to both Swan Lake Nature Sanctuary and Cedar Hill Park & Golf Course, Quadra residents need not go far to connect with the outdoors and stay active. Many schools and amenities are close at hand, as well as both the Cedar Hill Arts and Recreation Centres.

Shelbourne - Shelbourne is nestled between Victoria and Oak Bay, directly south of Gordon Head. Residents love the convenience of meeting their needs at the Cedar Hill Shopping Plaza and Hillside Mall, while being positioned nicely between the university and downtown. Shelbourne’s claim to fame is its ecologically rich Mt. Tolmie, which is one of the highest vantage points around. One of Victoria’s most beautiful watersheds, Bowker Creek, runs through Shelbourne as well, with its most beautiful stretch at the Kings Park.

Saanich delights in a comfortable temperate climate. Blessed with relatively warm winters and sheltered from overly hot summers, Saanich also sees more sunshine than its coastal neighbours. For instance, Vancouver gets around 2.5 times more precipitation despite being a mere 60 kilometres away.

Saanich lies on the territory of the SENĆOŦEN-speaking W̱SÁNEĆ peoples, as well as the Lekwungen-speaking Songhees and Esquimalt peoples. These nations continue to thrive today despite their way of life being greatly altered by the arrival and permanent residency of settlers. The name “Saanich” derives from W̱SÁNEĆ, which means “emerging,” and is a testament to W̱SÁNEĆ resiliency, emerging from devastating floods in the region. In the 1850s, the entire Saanich Peninsula was allegedly bought from the W̱SÁNEĆ for a mere 386 wool blankets, although present-day W̱SÁNEĆ members say that their ancestors would have never knowingly sold something so sacred. In 1853, Kenneth McKenzie arrived aboard a Hudson’s Bay Company ship with his large family and was one of the first settlers to call Saanich his new home. Another notable first settler is Duncan Lidgate who helped to build the historical Craigflower school. After his work with HBC, he settled 50 acres on Mount Newton Cross Road.

Saanich Commonwealth Place is complete with an air-conditioned weight room, gymnasium, dance studio, and a pool that has it all, including olympic-sized diving platforms and a wave pool for the kids. The Commonwealth Place was the host of the 1994 Commonwealth Games, the 1997 Indigenous Games, as well as the 2000 BC Summer Games.

Mount Douglas Park offers a panoramic vista of surrounding Saanich as well as the olympics and San Juan Islands on clear days. The hikes never get old with its expansive trail system and lovely flora and fauna. There is also vehicle access to the top for sunset picnics.

Bicycling in Saanich - Many neighbourhoods connect to the Lochside Trail giving bikers and joggers a more serene way to get exercise and to visit downtown Victoria. The Lochside is part of the “Saanich Bicycle Touring Route,” a scenic 45 kilometre route which circumnavigates the District of Saanich.

Tillicum Centre, located at Tillicum and Burnside, is a sizely shopping centre that includes Save-On-Foods, Cineplex, Lowe’s, Winners, London Drugs, among others.

Gordon Head hosted a Special Wireless Station during World War II, which had an important role in intercepting messages from Japanese transmissions for the Royal Canadian Navy.

Are you looking to purchase a home in Saanich? We are here to help. Are you ready to view some homes for sale in Saanich BC? Just give us a shout. We would love to schedule a private showing for you. Our team has detailed knowledge of the local real estate market.

Are you selling a home in Saanich? We will put together a customized home valuation report based on the most recent local sale data. Our agents are experts on real estate in Saanich, BC and we can walk you though the current Saanich market trends and outline the best strategy to sell your property. We are marketing experts; we don't just list your property on the MLS. Social media ads, print marketing and our own highly trafficked website are just some of the ways we make sure you get the most return on your investment. 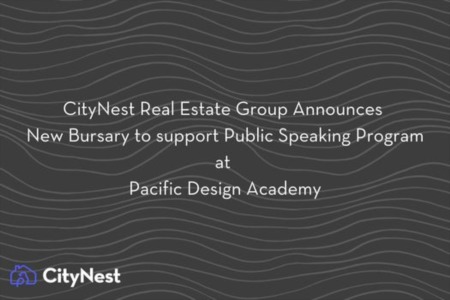 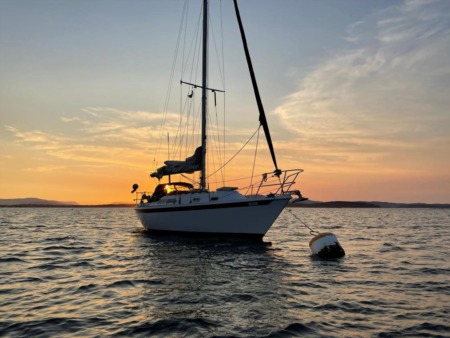